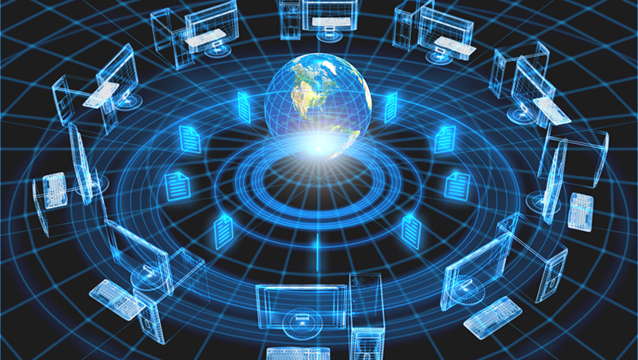 In a highly controversial move that arguably has nothing to do with enhancing workplace safety, OSHA amended its recordkeeping regulation that requires employers with 250 or more employees to submit OSHA 300 Logs, OSHA 301 forms, and OSHA 300A summaries electronically. Select employers in high hazard industries with 20 – 249 employees must submit OSHA 300A summaries electronically as well under the amended regulation.

Nothing to do with workplace safety?

There are those that feel OSHA’s intent with this change is not for improved health and safety in the workplace. John Martin, a lawyer that focuses his practice on occupational safety and health compliance and litigation, says, “[The amended regulation’s] stated purpose is to ‘improve workplace safety and health’ through the timely collection of data. But, OSHA’s rationale is dubious: employers are already required to timely compile this data, and the agency already has the ability to access these records. The clerical task of uploading records to the agency does nothing to improve workplace safety.”

The Coalition for Workplace Safety (CWS) posted on its website, “The CWS believes OSHA’s new Rule to Improve Tracking of Workplace Injuries and Illnesses is fatally-flawed and will not help protect employees.”

If the newly amended regulation wasn’t set up to enhance workplace safety, why would OSHA bother to push the change through? There may be many reasons, including these three:

Assist in the proliferation of unions

One reason for OSHA to amend the recordkeeping regulation may be to establish a searchable database to allow the general public and the press to identify employers with what appears to be above average injury and illness statistics. This information could easily be used by unions to identify easy targets for creating union shops on the platform of creating safer work conditions.

The treasure trove of injury and illness information made available through the amended recordkeeping rule could be used as a road map to find willful violations for OSHA to harvest. Willful violations can run as much as 10 times higher in cost than Serious violations. The maximum Willful penalty will jump from $70,000 to an estimated $126,000 by August of this year.

How could OSHA use electronic recordkeeping submissions as a beacon for potential Willful citations? Here is an example: OSHA could establish a case from the electronic submissions of OSHA 300 Logs and 301 forms submitted by an employer that describes multiple machine guarding related injuries. OSHA may use the electronically submitted information to prompt a visit to the employer to find similar violations and make the case they are “willful” due to failure to take corporate-wide steps to prevent similar accidents.

Would OSHA even need to visit the employer in person? Perhaps the electronic submission alone could be used to issue citations without an onsite inspection by the agency.

Eric Conn, founder of Conn, Maciel, Carey, a law firm specializing in OSHA law, says, “OSHA does not have the capacity to do anything productive with this data. Such volume for such a small-budget agency could not possibly be useful in helping OSHA develop policy, target enforcement resources, or implement any program that advances safety and health. The sole purpose of this data collection has to be, therefore, to publicly shame employers based on injury data that was never intended to be a performance metric. Specifically, OSHA intends for the data to harm employers by: • Discouraging consumers from doing business with them; • Thwarting contracting opportunities with customers; • Providing ammunition to organized labor for organizing campaigns or at the bargaining table; • Scaring off current and prospective employees; • Eliminating access to business loans; and • Negatively impacting insurance coverage and rates.”

Employers and professional organizations are likely to legally challenge OSHA over the amended recordkeeping regulation, not only for the previously stated reasons, but also for a provision in the amendment that dramatically limits an employer’s ability to test for drug use when an employee has been involved in an incident.

Valerie Butera, member of the Epstein Becker Green in the Employment, Labor & Workforce Management practice, says “Under the new rule, post incident testing is to be limited to situations in which the possibility that the employee was impaired by drug use is quite likely to have contributed to the incident and for which the test can accurately identify impairment caused by drug use. In many cases, such as when an employee may have been impaired by marijuana at the time of the incident, employers are essentially left with no ability to test as there are multiple ways to test for the presence of the drug in an employee’s system, but no established standard for what constitutes marijuana impairment. This issue is increasingly important as states such as Colorado make recreational marijuana use lawful.”

With the apparent rationale to oppose OSHA’s amendment to the recordkeeping regulation, it appears likely the matter will face resistance in the form of litigation in the near future.