68 Percent Increase In Heatstroke Deaths of Children Left In Vehicles 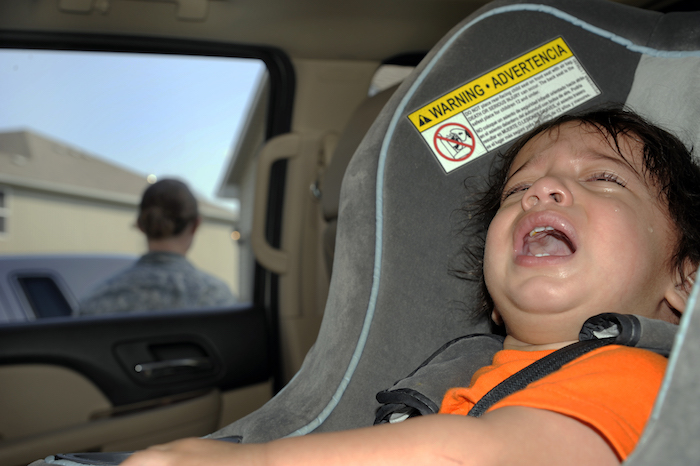 Most everyone is busy and our thoughts tend to focus on the immediate list of things that need to get accomplished instead of staying in the moment –then you stop and realize you may have left your child in the car. How long has it been? Did you forget?

That’s what happened Troy Whitaker, a Florida firefighter who accidentally left his toddler son in a pickup truck on a warm day in September of 2016. That morning’s routine was atypical for Whitaker due to his wife being out of town. That morning, Whitaker took his 5-year-old daughter to elementary school, but forgot to drop his 23-month-old son to Day Care. Instead, Whitaker returned home, made some phone calls about signing his daughter up for soccer, studied online for a fire promotional exam. He found his son’s lifeless body in the truck later that day, still strapped into the car seat. The boy’s core body temperature reached 108 degrees.

Imagine the trauma and somehow living with yourself if you found yourself to be the cause of the death of your child in that way. Although the act might well be unintentional, the torment of grappling with knowing how your child suffered and died might be too much for some to handle.

The statistics are heartbreaking. Since the low point of fatalities in 2015, the fatality rate of children dying of heatstroke in hot vehicles has shot up by 68 percent by the end of 2017. 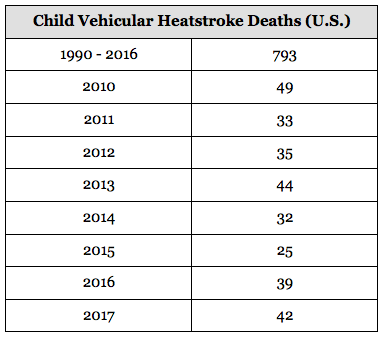 The finding of these tragedies is that all of the fatalities were avoidable, but most of them were purely unintentional.

Approximately 51-percent of child vehicular heatstroke deaths were caused by parents leaving a child in the vehicle unintentionally. Thirty percent of children dying of heatstroke in vehicles occurred when kids became trapped in vehicles while playing in unlocked, unattended vehicles. Seventeen percent of kids dying of heatstroke resulted from parent(s) intentionally leaving the kids in the vehicles. This last category is the flawed reasoning that it won’t take very long to “pop-in” to do some shopping or run an errand –but it doesn’t take long for temperatures to reach deadly levels. Many people don’t know that a child’s core body temperature can rise up to five times faster than adults. 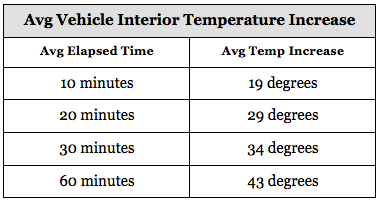 With the ambient temperature outside of 90 degrees for example, that “quick” trip into the store of 10 minutes could get the temperature inside the car to 109 degrees. Keep in mind that death typically occurs when the body’s core temperature reaches 107 degrees.

What if there is a delay at the checkout counter? What if you run into an old colleague and forget about the kids in the car?

To prevent kids from dying of heatstroke inside vehicles when parents intentionally leave the kids in “only for a little while,” the prevention is easy –just don’t do it. Period. Intentionally leaving kids in a car, hot or not, even for a short time, could bring charges of child endangerment. The same is likely true for leaving a child in an unlocked unattended vehicle that is running.

Some vehicles these days have keyless entry and remote start. Some parents leave the vehicle running with the doors locked and the child inside. Many of these vehicles will turn off automatically after only 5 minutes. The safe bet is to never leave your child in an unattended vehicle.

For those who may suffer from “distracted parenting,” which could happen to any of us, consider some of these techniques to reduce the likelihood of forgetting a child in the backseat:

We wrote an article about technology some automakers are implementing in their vehicles to help remember kids in the back seat, which sounds like a good idea. Read “Dying In Hot Cars - Technology Helps Prevent Forgetting Children.”